The Act 2 patch of Riot Games’ multiplayer tactical FPS ‘Valorant’ has been recently launched, with the introduction of a new battle pass, skins, and, most notably, the twelfth agent, Killjoy. After watching the ‘Valorant’ trailer, you will easily see the new agent’s abilities.

Killjoy is a tech geek who has a great sense of humor and fancies bright colors. This vibrant genius is very much into building robots. She seems to like her machines more than she likes people, something that resonates perfectly with her overall persona.

The trailer introducing Killjoy is slightly more movie-like compared to its predecessors. It beautifully reveals Killjoy’s devices, spicing it all up with dynamic gameplay action demonstrating the most effective implementation of her impressive abilities.

Killjoy’s essential abilities include Alarmbot, a stealthy killer type that patiently waits until the opponent is close enough, then tracks them down, and detonates upon impact until they’re left in an exposed position. Viper, Killjoy’s fellow agent has a similar pattern of coping with enemies. 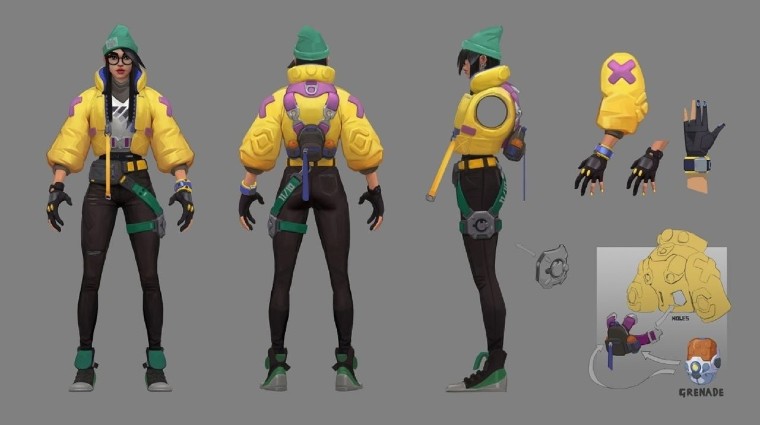 All in all, every agent flaunts some impressive abilities. However, the ones introduced initially were mostly tactical, cutting off the enemy’s vision or making them step into your weapon’s reach space. Killjoy’s set of features is undoubtedly different. We’ll have to see what the game’s fans will have to say about this deviation from the standard approach.

So, what are your thoughts on the new gadget-deploying tech wiz agent? Do you like her? Or would you prefer if Riot continued down their previous well-trodden route? Feel free to share your opinion with your fellow gaming fans in the comment box below and get the discussion going. Your feedback is very important to us

Your comment is awaiting moderation. We save your draft here